SARAKI AND DOGARA: A VOICE CRYING IN THE WILDERNESS, THERE’S A RETURN SOON.

This is not meant to make sense. This will not make sense. It doesn’t make much sense to me either. But they will connect the dot when they read it…

I AM NOT WRITING THIS AS A PROPHET…

The story of realities in Nigeria, is such that no man will want to talk about or write. You will either be seen as a mad person or it will make you run mad actually. Not just for the present, these realities have been for decades…

The few people that have made efforts to speak in black and white, has either became a threat or tag as insane by the same Nigerian citizens whom they laid their lives to protect by the truth they speak. I am not authorized to call any name. I know some, I have seen some, and their kind are spread all over the nation.

Nations falls, nations stand, but at the end, all will fit into the purpose of God. Nothing happens accidently in life, and there’s no coincidence about any event playing out on earth. Most importantly, there’s no ignorance in the spiritual realm. Whether you claim to not know, it doesn’t stop spiritual transactions going on and we see the reflecting results on earth.

…but even when all systems made by humans fails, there are systems Divinity creates, based on the tears of the multitudes. It is God’s absolute decision to choose who he would use. God always partner with man to make happen his will on earth.

It has been proven, in every country, there are dispensations of wrong leadership and there will always be times for right leadership.

Like in the case of the children of Israel, despite the fact that Moses had to suspend his duties in the palace and went on an exile, it was part of his destined assignment and plan by God to save the Israelites.

Moses made a mistake and ran out of the palace but unknown to him, he was only sent out by God to develop and prepare him for the bigger task that is ahead – to not only give the Israelites left over foods, but save them completely to the place of total freedom, where they decide their daily meals and schedules, that is not determined by a dictator.

The pain Joseph went through seemed God made him suffer for being a good fellow who just had dreams, that was not in any way meant to hurt anyone. At the end, he knew the processes of such severe pain he went through was to develop and prepare him for a greater task ahead, where he will not have to be taking food to his brothers in a flask in the bush, but to save and feed an entire nation, irrespective of what name the people he saved calls God.

These two stories fits into every events around the life of the leads…. And those yet to happen.

The God I know is the God of all. He is the same God that send rain on the field of the wicked and on the righteous. He is the creator of all mankind and every man has his source in Him.

Nigeria has been through every prosperity, hardship and torment life can offer. And the summary of all those experience was, and is as a result of greed. Nigeria is blessed by God to be all it wants to be and her citizens, but greed took over.

Greed wouldn’t have had its way, but men and women that were placed strategically by Divinity to STAND, SPEAK AND FIGHT against such evil in the interest of the nation and her citizens, remained mute for a plate of stew.

2015 – 2019, there was an intentional mixed up by Divinity to bring about a change that could save Nigeria. Saraki came, and Dogara came also. They all thought they were fighting for personal and political change, not knowing, Divinity had to start them from the inner chamber of the change circle with the view of preventing the events that played out at the present assembly.

They had to come from a source that pushes them to where they were and divinity made use of the systems then, while in reality they didn’t belong there. They were threats from day one. They didn’t change because they felt the system failed, it was predestined to be so, they just acted it out accordingly as Divinity intended it to be.

They fought in their fields of command, in the interest of the masses whom God had their cry, but had to be pushed out because the same masses couldn’t sense these men were their answered prayer.

The masses used themselves, while many were recruited to declare them pushed out. But all is working together for good. At the return, they will cherish the treasures they have.

There is a calm whisper today, there is a clear whisper now, that divinity is restoring Saraki, Dogara and one other person whom his name must not be mentioned now for a reason He knows why. They are coming for the rebirth of a new Nigeria. The level for which Divinity wants them is not made clear, but certainly they will bounce back, because the cry of God’s people has reached his ear and in His mercy he is restoring.

All authorities are constituted by God. He asked us to obey and honour all those in authority and pray for them, thus when it comes to nation rescuing and building, it’s ALL about His will, not the definition of what men sees as a righteous ruling. The assumed righteous men have been the ones that wrecked this country to the place of almost decay presently.

A righteous leader, is he that carries out the biddings of God. In leadership, a righteous leader can be measured correctly when every citizen has a cup of water, cloths on their body and places to lay their head and a secured community. That was the definition of doing the will of the father. He said when you do these to the next person to you, you have done same to me.

At his beginning, he told Obasanjo he was never ready to take up the position of an SSA, because he felt he was better, just like Moses told God, he was better where he was to going back to the palace. God’s will will always prevail. If events don’t happen is because God never intend them to happen. If it is His will, no prayer, fasting or prophesy or forces of darkness can change it even if it seems men try to delay it within the function of time.

Saraki is coming back, Dogara is part of the team who will be bouncing back for the rebirth of Nigeria, not because they will want to but because God’s will MUST be done. These are words I hear and see. The minority will lead in the next phase…

They must therefore ARISE, PREPARE AND EAT because the journey ahead of them is GREAT! I have no idea what office, but they will affect every single part of this country. They will occupy a strategic office in the nation, that I am sure.

I have sounded the alarm not for any gain, but so that the people involved will not prolong the rebirth when the time and the demands comes. With God a day is like a thousand years, and a thousand years is like a day. Thus, God is never in a hurry or late on time. But Sarakai and Dogara must not hesitate to respond to the assignment because the people in pain lives and operate within time.

Though God is never rushed with time, if they linger, lives will be wasted. The servant spirit must play; you obey before you ask for the clarity of the map. When we walk with the Lord in the light of His word, what a glory he sheds on our way, while we do his GOOD will. He abides with us still, AND WITH ALL WITH ALLTHOSE WHO WILL TRUST HIM AND OBEY.

There has been countless attempt to end their lives, but they were kept. Not because of the people they consult for safety, but because divinity was interested in them. The arm of flesh will always fail. Unless God watches over a man, to man can assure man of his safety.

It will be a whole nation standing up to make this happen, but these team will be led by seven major people, with Saraki at the forefront, there are two men who are a force and voice from Lagos that will form the team – they have been tagged as confused, insane, hated by some certain part, but loved by a part…

This might not be a good and a happy way to end an article, but its good enough to them that sees the message in-between the lines. When they happened to read this they will connect the dot, because they will understand every pattern in this…

Just like I watched in a movie THE WORDS, I wrote the exact words here as I received them without changing a comma, or adding full stop. 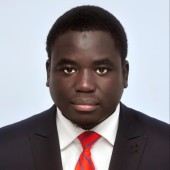 Dankwambo at 58: A bizarre kind of a birthday message.

Why Being Organised makes you More Creative