GOMBE. The city where jewels are untapped.

I have seen a city where everything abounds. This city is in the Heart of the crisis rocked North Eastern region of Nigeria. The city is called Gombe.

Gombe is the capital of Gombe state. Gombe is a city where many runs out in other to seek for greener pastures, surprisingly many others run into it for greaner pastures.

The summary is this: 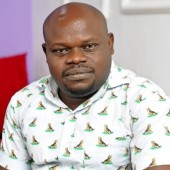 Naphtali Hadu Ligari was born in Azare, Katagum LGA of Bauchi state. He attttended, Sa'adu Zungur Primary School in Bauchi, Bauchi State, and FGC Maiduguri, in Maiduguri Borno State. . From there he proceeded to University of Maiduguri where he studied Bsc Economics. He is currently a tutor with the Economics Unit of the School of Basic and Remedial Studies of Gombe state University.

AKWAI ALLAH, NOT JUST A SONG – BUT A MESSAGE TO HUMANITY

The Power of doing Nothing

THE WONDERS OF STC30